The large 2 storey stone building was constructed with sandstone drawn from a quarry close to the site. The older boys produced the limestone for the mortar from local shells; the ” lime burning” was carried out using a kiln erected on site specifically for that purpose. The shell middens also provided early settlers with a steady supply of shells for lime burning of the colony. From the early 1900s the shells were used for the mortar of the stone buildings that can still be seen on the site today. The stone was also continually quarried nearby with the boys being involved in stone masonry as well. 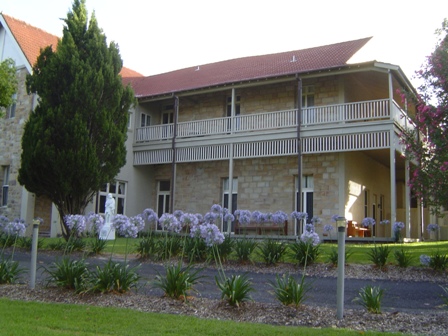